The animated series « Pierre and the dragons » is intended for 3 to 6 year old children.
In the episodes the four years old Pierre meets some daily conflicts to which he first responds with defiance or anger. In his imagination, he turns into a knight and fights against his conflict which has taken the shape of a dragon. But the physical strength, even of a knight, is not enough and he must recognize the weak point of each dragon in order to find the right stratagem to master it. After the fight, he turns back into a little boy and he goes back to his daily life with his own solution.

Pierre must take a bath but he doesn’t want to plunge his head into the soapy water.
The more he fights to avoid it, the larger the dragon Soap Bubbles gets. Pierre loses control and he is taken away by the dragon. Till Pierre notices the beauty of the light reflecting through the bubbles and he keeps still not to pop them. Pierre is sitting in the bathtub, his hair full of soapy bubbles that he observes quietly. 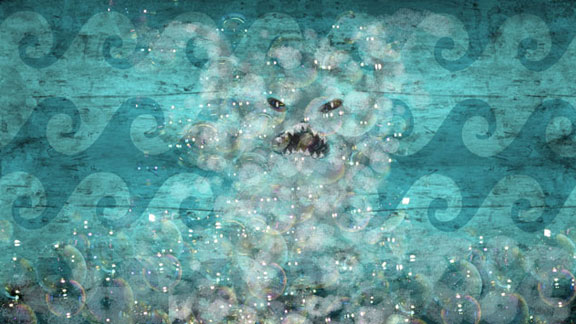 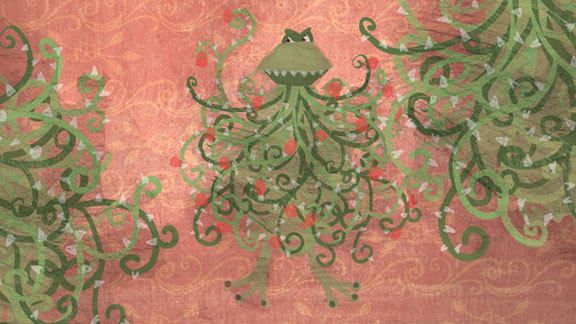 Pierre would like to find the words to tell Léonore how much he likes her, but she is only interested in the Frog King. The dragon Frog King is ugly and ridiculous. Pierre doesn’t want to fight it. Bit this dragon keeps on tickling him with its prickly arms. Pierre struggles but he can’t cross the brambles to reach Princess Léonore on the top of the tower. Till Pierre picks up the dragon’s roses that it had lost during their fight and gives them back. The dragon lifts Pierre up to his princess. Pierre is completely scratched but he has some wilted roses for Léonore. And she gives him back a kiss.

Pierre is helping his grandfather carry some wood to the boiler room but he is not allowed to go in. The dragon Smoke rises up from the crater and attacks Pierre with its boiling sparks. Pierre tries to cover up the crater of the icy volcano, but it makes the dragon even more furious. So Pierre frees the whole crater and the black dragon rises splendidly in the white winter sky. Grandpa is surprised to find Pierre’s face covered up with soot. They come back home together. 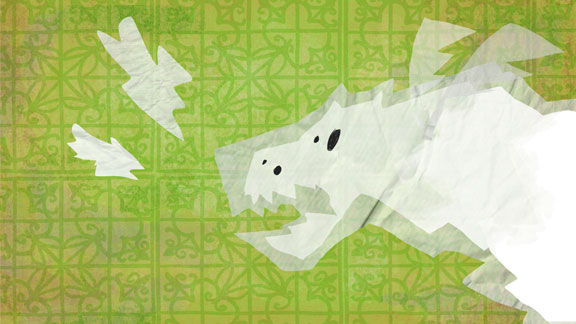 In Grandma and Grandpa’s garden Pierre is bored while the adults are taking a nap. He doesn’t want to simply lie down. The dragon Nothing rubs everything around him, and only leaves the place empty. Till Pierre notices there are a lot of things to see in him. Peter lies in the garden and looks fascinated at the clouds in the sky.

Pierre is in bed. The darkness makes some corners of his bedroom bigger. Pierre tries to avoid it and to hide in his bedroom but the dragon Darkness is everywhere he goes, and it wraps him up slowly. Till Pierre discovers a laser sword with which he can cast out the dragon and make the space clear. So he puts back the luminous weapon . Pierre is in his bed and looks away, satisfied with the ray of light under the door.